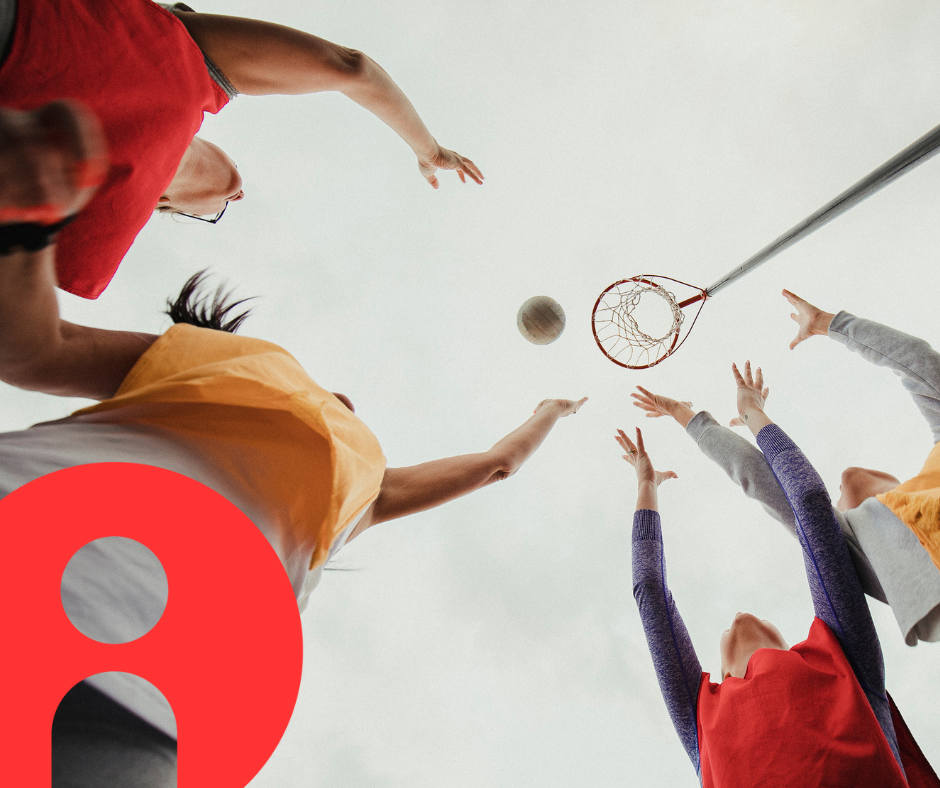 Netball continues to be one of Australia’s most popular team sports, with people of all ages and skill levels participating. As netball involves repeated fast stop-start movements, jumping and landing, throwing and catching, and quick direction changes, injuries of the foot, knee, shoulder and finger are very common. Injuries frequently occur from awkward landings, falling/slipping over, contact or collision with other players, overuse, overexertion or by being hit by the ball itself. The type of injuries you usually find are bruising, sprains, ligament tears, fractures and dislocations.

In order to prevent netball injuries, it is essential for all players to practice good jumping and landing techniques as well as ensuring appropriate warm-ups and cool downs before and after each game or training. Some of the more common netball injuries are explained below:

This netball injury occurs when the ligaments in your ankle are overstretched during running, jumping, landing unbalanced or sudden changes in movement. Ankle sprains vary in their severity – from a slight ‘twisted’ or ‘rolled’ ankle sprain to complete ligament ruptures, avulsion fractures or broken bones. Common symptoms include pain, swelling and some bruising, as well as possible difficulty with bearing weight on the injured side. Shin splints is a repetitive stress injury from the overuse of the muscles where they attach to your shin. This usually involves a dull, aching pain in the front of the lower leg (mostly on the inside of the shinbone) which may be painful to touch. Shin splints may keep you from participating in netball for a long time and often occur in the following 4 stages:

Achilles tendionopathy is experienced by netballers who place a lot of traction force on the Achilles tendon. Pain is mostly located on the back of the heel which increases with activity and decreases when activity stops. Walking and rising up on the toes is also difficult. If you continue to place pressure on the tendon, it may snap (people often report a loud popping sound). Stretching and strengthening exercises for the calf muscles are required to assist with healing and to prevent further incidences.

Often known as ‘Jumper’s Knee’ as constant jumping and landing leads to inflammation of the patellar tendon that attaches the muscles at the front of your leg to the shinbone. During jumping, these muscles help to straighten the knee and push you into the air, whereas during landing, they help to absorb the force by controlling a small amount of bend in the knee. Pain and tenderness is located over the front of the knee and is made worse with jumping, landing, running and sometimes, prolonged sitting. The onset of pain is usually gradual and related to an increase in sporting activity. Your knee often feels stiff first thing in the morning, and squatting and kneeling may be difficult.  Want to know more about tendinopathies?

ACL (anterior cruciate ligament) is one of four knee ligaments which provide stability to the knee joint. It functions to control excessive knee motion by keeping the thigh bone (femur) and shinbone (tibia) in line and prevent the shinbone from slipping forwards under the thigh bone. In the netball, the ACL is commonly torn or ruptured when a twisting force is applied to the knee when the foot is planted on the ground, like when pivoting or landing from a jump. When you tear your ACL, your knee gives-out from under you and you may hear a crack or pop. Pain is located around the entire knee joint and it may feel loose and unstable. Swelling occurs usually instantly, although it can be delayed, and the movement of your knee is reduce, especially when straightening. Further review by your physiotherapist or GP is crucial. In order to avoid ACL reconstructive surgery (if able) you will need to undertake a rehabilitation program set by your physiotherapist which will involve a range of exercises that will focus on stability, strength, balance retraining, and netball agility exercises.

A finger dislocation is where the bones of the finger are moved (dislocated) from their normal position and it can occur in any of the joints of any finger. During netball, they are most common when the ball hits the end of the finger (pushes together the joints) or when the ball hits the fingers on your palm side (causes your finger joints to bend backwards or ‘hyperextend’). Both of these may lead to a dislocation or fracture as well as damage to ligaments or tendons. If a dislocation happens, an x-ray will ensure that the alignment of the joint is correct and that there is no fracture present. Treatment will depend on the extent of the injury and can range from ‘buddy taping’ to moulded finger or hand splints.

What should you do?

Prevention is always better than cure.  Netball Australia has produced a fantastic KNEE program for players of all levels to prevent injury which we highly recommend.  There is also some research to suggest that taping and bracing can reduce ankle injuries, especially after there has been an injury so consider adding that into your routine.  If you would  like to know more about prevention – read our gear guide.

Initial treatment for all the above injuries involves the RICE (rest, ice, compression, elevation) method for the first 48 hours. This is best followed by an early rehabilitation program prescribed by your physiotherapist before returning to netball. Treatment will include education on the injury and how it is managed, stretching and strengthening exercises, and referral to any other appropriate health professionals if required.

For rehabilitation – check out this blog.

Most importantly, enjoy the game.  That is what it is all about.

Steph is a Physiotherapist and Pilates instructor. She has been playing Touch Football for years, and has toured internationally with the Australian tem as a physiotherapist. She is a mum and loves hanging with her little boy Reggie.