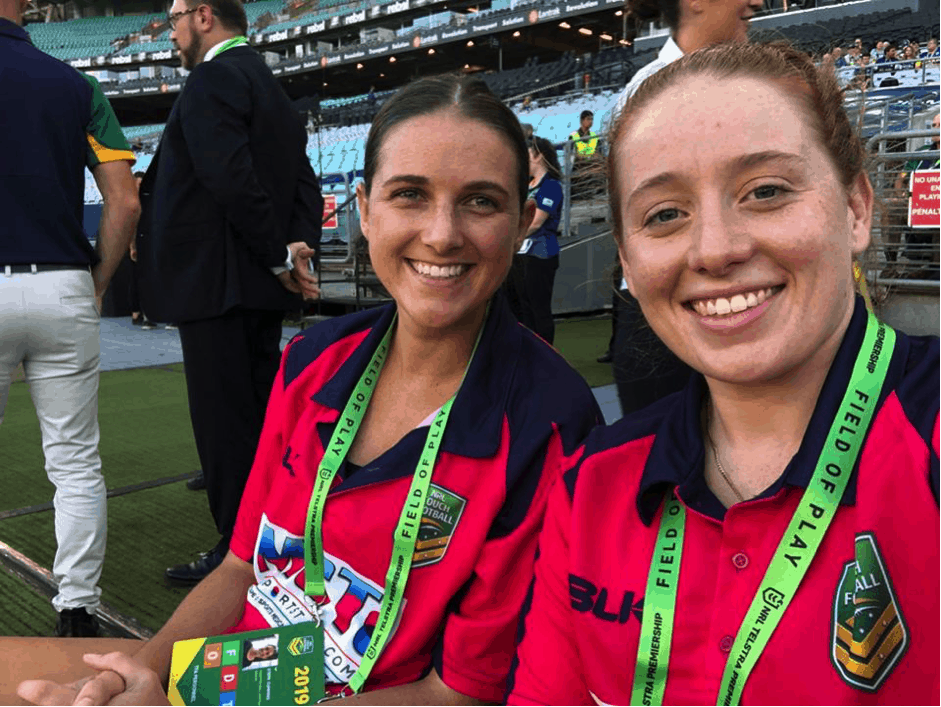 The NRL Touch Premiership is now well under way, and The Healthy Body Company team is thrilled to be supporting the players at the fixtures through this season.

For those of you that don’t know – the NRL touch premiership is in its second year of running with the addition of two new clubs; the Sydney Roosters and the New Zealand Warriors making that a total of eight NRL clubs. The competition includes both men’s and women’s divisions. The  teams play matches as curtain-raisers to the NRL games across Australia and New Zealand. There will be a total of 26 matches up until the grand final on August 18.

Touch football is an extremely fast and skilful sport that requires speed, agility and coordination. The premiership provides another platform for the best in the game to compete against one another on the NRL big stage.

Physios, Steph Cummins and Renee Coleman were on deck for Round 1 for pre-game injury assessment and strapping.  Here are their thoughts:

The touch premiership is such a great experience for a physio. We get to work with some of the best touch players in the world on the major arenas like ANZ stadium. We prepped the athletes in the sheds prior to the game and then were given the best seats in the house on the sideline of ANZ stadium for management of any on field injuries. The games are 30 minutes and very fast paced.

Due to the nature of the game, with its high-speed agility and diving there can be some nasty injuries.  Luckily in game one we only had one player unfortunately dislocate his shoulder diving for a touch.

Both games were a spectacle with great talent shown. The women’s game was taken by the Parra eels in an 8-2 win. The men’s game was a bit closer with the Cowboys defeating the Eels 7-5.

The premiership games will be played over the next 5 months and the team at The Healthy Body Company are looking forward to being involved.

If you would like to know more about the NRL touch premiership check out this.