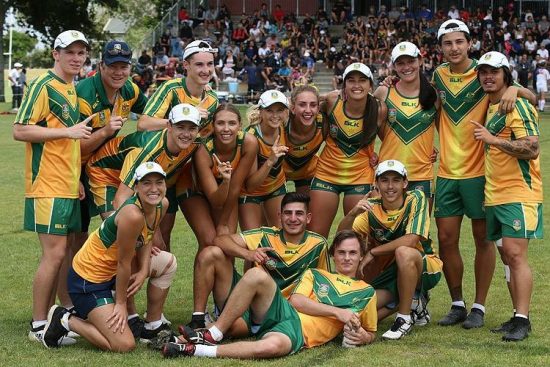 Steve and Tom have just returned from six action packed days as part of the medical team supporting the U/18 and U/20 Australian touch football sides to South Auckland, New Zealand. The teams were competing in the Youth Trans-Tasman 2017 series. Australia took over approximately 100 athletes, 5 medical staff plus coaches and support staff for the 6 elite teams (2 women’s, 2 men’s and 2 mixed) .  Each age group (18’s and 20’s) played a best of three series. In total there was 18 games.

Australia were previous holders of the Trans-Tasman cup and were desperate to maintain Australian dominance in these age groups. The drive, determination and hard work of the whole squad paid off, with Australian triumphant in all 6 age divisions, winning 16 out of 18 games. Whilst this the score board seems largely one sided many games were close and only decided by a point or two.

What did we do?

It’s not all beer and skittles on tour with elite athletes – though it is great fun.  Our day generally started with a 6:30am wake up. The first team of the day would meet in our apartment for game preparation (strapping etc.) at about 7am. We would then arrive at the playing fields around 8:30am. As the medical team we were running three stations.

Station one was the preparation station. This included a lot of strapping, massage and releases in order to get the players on the field.

Station two (in my view – the best station) was on field coverage. This was where we were on the sideline running on and off dealing with any injuries suffered throughout the game, injuries included ACL ruptures, broken hands, concussion, sprains and cuts.

Station three was the recovery station. This station included running a cool down, ice baths and icing any injuries.

This process was in place from 8:30am -7pm every day. We would then have dinner and return to our apartment where we would again see any athletes from 9pm-10pm if they required any treatment before next day’s play. Tom Hamilton is a Physiotherapist at The Healthy Body Company in Penrith.  He works with Australian and NSW Touch Football teams.