Ben Moylan On Track For #TransTasman16 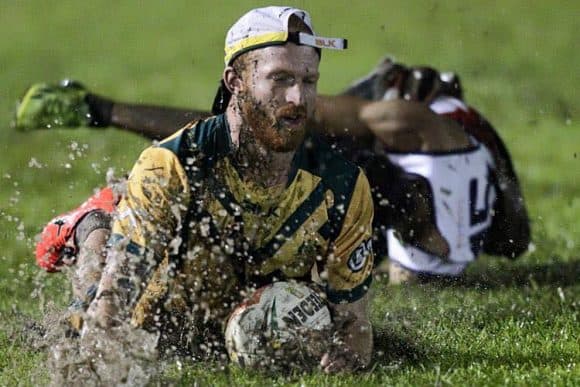 Australian Touch Football star Ben Moylan has been into see us at The Healthy Body Company. Touch Football is a fast, skilful and exhilarating sport requiring excellent, speed, agility, coordination and balance.

Ben made his debut for Australia’s mixed open team in a Trans-Tasman match in 2009 before making his Men’s open debut at the 2011 World Cup. Ben plays as a ‘middle’ and has been vital to Australia’s success in many international tournaments which include winning the 2011 and 2015 World cups!  This is Ben in action:

Ben suffered a tear to his medial meniscus during football training last month. The meniscus are wedge shaped pieces of cartilage which act as ‘shock absorbers’ between the thighbone and shinbone, they are tough and rubbery and help to cushion the joint and keep it stable. More about knee injuries here. Working with elite athletes requires a team effort. We have been in contact with the coaching staff, doctor, specialist, radiologist and Ben himself. It is important that we keep members of the team updated on his recovery as he has an international championship in New Zealand in late April. This means Ben must be fit and ready to participate in training camps leading up to the competition.

Ben’s physiotherapy program has been broken down into three phases.

The first phase of recovery involved decreasing swelling and increasing his strength and range of motion. This stage allowed his body to start to heal. During this time Ben also had to sit out of the National Touch League.
Ben is now starting the second phase of his recovery which will see him back running and increasing weight bearing activities such as jumping and hopping.

The final phase of Ben’s recovery will see him return to ‘part practice’ of specific drills and then finally returning to training and games.
Ben has been devoted to his rehab (this makes him an awesome client!!) and is on track for a speedy recovery, we will continue to work hard with Ben and wish him all the best when he returns to the football field.

Tom Hamilton is a Physiotherapist in our Penrith Rooms. Pretty handy with the round ball – he understands the time pressures on recovery for sports people at every level.

Are stiff and sore knees stopping you from exercising?
23 July 2022

Outer Knee Pain: Did your running increase during lockdown?
2 November 2021