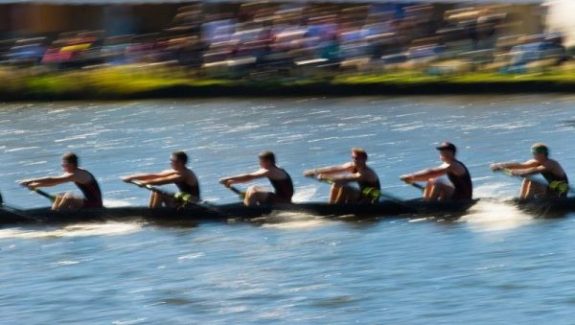 For those who have trained or competed in rowing, you know the rush when the boat is moving after that perfect stroke. But you also know the amount of hard work and dedication that goes into this sport that requires immense power, finesse and, above all, endurance.  For those who have never tried it, let me give you a small insight into how a sport can be made to look so simple by professionals is so gruelling and technical. But so worth it.

But, the training that goes into that perfect stroke can take it’s toll. Achieving the required level of fitness means that you are constantly on the precipice of injury.  The most commonly reported rowing injury across all ages and levels of rowing is lower back pain.

There are three main factors that contribute to low back pain in rowers:

Training volume includes the amount of time and intensity spent training both on and off water. The repetitive nature of the rowing technique means that high amounts of force are placed on the body (particularly the spine) hundreds of times in a session, and potentially thousands of times in a week.

With the role of the trunk and lower back during the drive phase being to brace as a cantilever, the low back must be able to accept the highest loads placed on the body at the catch and mid-drive (where the loads can reach up to seven times your body weight!) before the load tapers toward the end of the stroke. Accepting this load hundreds or thousands of times a week happens just on the water! When you include ergometer (rowing machine) training which places similar loads on the spine (some studies even suggest higher forces occur during ergs, with nearly all agreeing that erg-ing longer than 30 minutes markedly increases the risk of lower back injury) and weight training (which often includes rowing-specific movements such as deadlifts and cleans), the stain on the lower back can really add up.

There’s no doubt a relatively high training volume is an necessary part of successful rowing. However, without a gradual increase in training load and allowing for appropriate recovery time, it a lower back injury can occur from overload.

Core strength and stability is one factor that can be protective for a rower’s back. And as we have said before, good core strength is no about a six-pack.  A truly strong core includes the deep abdominal and spinal muscles that co-contract during the high load phases of rowing to brace and protect the spine. While the ‘six-pack’ muscles still play a massive part in good rowing technique, the smaller muscles are often forgotten and are the ones that can help the larger muscles do their job properly to avoid injury. (Our core series of articles explains more about these muscles).

Lumbopelvic dynamics, a term you probably haven’t heard before, refers to how your lower back (lumbar spine) and hips (pelvis) move together during the rowing stroke. During the woring action, you see rowers with curved spines, almost into a ‘C’ shape at the catch. While having this movement or shape in your upper back is acceptable for rowing, allowing your lower back to curve puts you at a much higher risk of lower back injury. Having this curve forces one or two spinal levels to accept the majority of the load, rather than being distributed amongst all of the vertebrae. An ideal position at the catch is for the hips to be tilted forward, with the lower back flattened and upper back somewhat relaxed. While muscle length can influence this, good lumbopelvic dynamics deteriorate with fatigue – meaing the higher the level of fatigue, the greater the risk of injury.

What do you need to do?

Catch – the first part of the rowing stroke where the rower’s legs are bent with the hips close to the heels, the arms extended and the rowing blades (oars) in the water in preparation for the legs to push.

Mid-drive –  the middle phase of the stroke where the rower’s legs are extending, the body begins to swing backwards with the arms remaining straight.

Finish – the final stage of the stroke where the legs and body are in their final extended position with the arms bent and the oars have just exited the water.

Recovery phase – this phase of the stroke the rower’s body is returning to the catch position by straightening the arms, rocking the body forward and bending the knees with the blades out of the water in preparation for the next stroke to being.