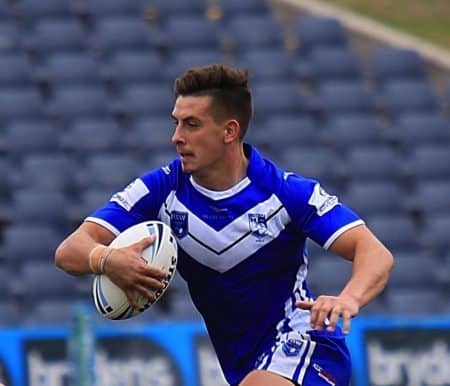 This year I had the pleasure of providing home game day coverage for Brother’s JRLFC teams. It was an exciting year for the club, this being the first year Brother’s have been included in such a high level competition (Ron Massey is the level below Intrust Super Premiership – the level below NRL). Although results didn’t go our way, the sides were competitive throughout the year and definitely will be able to take a lot of the experience in building for next year.

Here are a few of my highlights from the season:

Would either be seeing the boys get the W over Blacktown Sea Eagles in round 7 with a tough, gutsy performance that had be in the works for a number of weeks or the excitement of the round 12 clash against Cabramatta. Trailing 20-26 with not long to go, Brother’s managed to score in the last minute of the game. Iceman then had a kick from the sideline to steal a point and get a draw. He of course slotted it.

The heartbreaking loss in round 9 to Wests Magpies 22-23. A couple 50/50 calls didn’t go our way in some crucial parts of the game which turned out to be costly.

In the last home game of the season, seeing Cooky hit a hole in the first set of the game and scored a meat pie (try). Was quite comical, especially since it was only about a 15m run but Cooky was telling everyone it was from half way by the end of the game.

Would be a toss-up between Cooky and Arty. Both were very average at turning up to their appointment on time, if at all and their compliance with their rehab exercises and following my advice was questionable to say the least. I remember saying to Cooky to take one more week off to let his shoulder injury settle but he just couldn’t resist the temptation of playing against St Mary’s. Lucky I had some little birdies around that let me know he played.

The dislocated finger sustained by Masi wasn’t a very pretty site. That was definitely one I wasn’t going near and he was sent to hospital to get an x-ray and get it reduced. 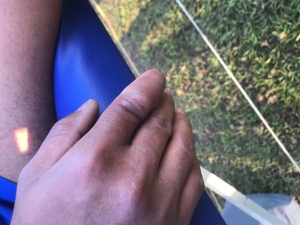 Learnings for next year:

Soft tissue injuries were by far the most common injury seen. Hamstring, quadriceps and calf strains. To better prepare for next season and reduce the risk of injury to these muscles the best thing you can do is incorporate eccentric biased strengthening exercises. Perform twice per week now until round 1 to develop strength and resiliency in your muscles.