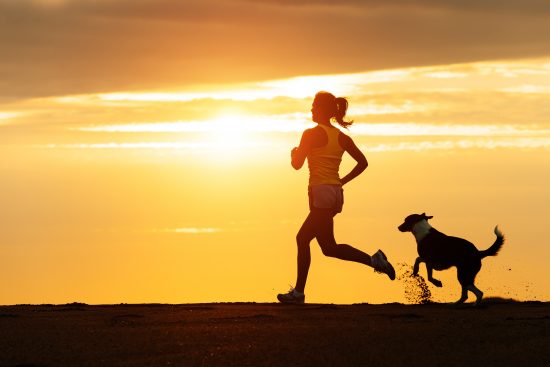 Previously we spoke about shin splints – the injury that troubles many runners, especially when increasing distance to build up for an event.

But, as you know there are other annoying injuries that can be cropping up around this time.

Most runners would have experienced  ITB Friction Syndrome at some stage of their running careers. The ITB which stands for the Iliotibial Band is the band that runs from the Ilium (side of the hip) to the lateral aspect (outer part) of the tibia (lower leg). ITB syndrome can be due to numerous issues, most commonly it is a biomechanical fault, and this can be due to weakness of the gluts, tightness in the calf and hamstring muscles or inadequate foot wear.

ITB pain usually presents as pain and tenderness on the outer aspect of the knee. It can be associated with pain, swelling and at times you can feel the band itself flick over the outer part of the leg.

The good news is ITB syndrome is easily treated.

It involves an accurate initial assessment to determine the cause of the issue, whether that be poor hip stability, decreased muscle strength or poor running technique. This is usually followed by hands on treatment releasing the ITB, gluts, and hamstrings and around the patella to reduce the tension on the outside of the knee. Finally exercises to address the issue are prescribed and your back to training

Patella femoral pain, or anterior knee pain is usually described as a sharp pain either directly under or on the inside of the knee cap. The pain is usually felt going up and down stairs, squatting and kneeling. Patella-femoral pain does have a correlation with ITB tightness and again is usually attributed to a muscle imbalance. In most cases it can be put down to an imbalance in the activation of the VMO (vastus medialis oblique) one of the inner quad muscles. This muscle has an important role in stabilising the patella (knee cap) and allowing the knee and patella to move in a pain free ROM.

Similar to the ITB syndrome, Patella femoral pain can be due to numerous factors including:

Patella-femoral pain can be debilitating and take weeks to resolve. If you notice any sharp pain around the knee cap, before, during or after your runs which is exacerbated by kneeling, squatting and stairs the sooner you have it seen to the better. Patella-femoral pain can treated with manual therapy, specific taping techniques to hold the patella in a more stable position, gait analysis and adjustment of running biomechanics, orthotics and a strengthening program.

Stress fracture in the foot

Similar to shin splints stress fractures are a slowly evolving injury. Usually due to an increase in mileage, speed, lack of rest days, inadequate stretching or poor footwear. Poor nutrition over extended periods of time can also contribute to this problem.

Stress fractures come on slowly, they usually start as a dull ache, and become more noticeable. Once the bone starts to have a stress response it will usually hurt constantly whether you are walking, running or even at rest. At times it will ache at night and won’t be resolved with ice, heat or pain medication.

If there is a suspicion of a stress fracture your physio will refer you for an MRI or a Bone Scan to confirm the diagnosis. If the result is positive it will either call for a period of non-weight bearing (crutches), partial weight bearing (walking boot) or reduced weight bearing (resting from aggravating activities). Stress fractures can take anywhere from 6 weeks to 3 months to completely recover.

After the initial stress response starts to settle a graded or staged return to sport is imperative. This will reduce the chance of re-aggravation which is high if the initial cause of the stress fracture is not addressed. This would mean making sure all muscles are at adequate length and strength, proper footwear, good running biomechanics, and a staged return to running, to load the bone without re-injury.

If you are noticing constant pain in your foot, shin or hips, pain on touch, night pain, and pain that does no relieve with normal rest, ice, compression and elevation it’s best to make sure you don’t have a stress fracture. Late diagnosis leads to a longer stint on the side-line. Hopefully everyone is going well with their training and there aren’t any injuries to report. However if you are noticing any niggles or if any of the above injuries are sounding familiar the sooner you have it addressed the more likely you are to be running at your next competition.

Is your body ready for this football season?? – kids edition
18 April 2022
Our Clinics
Recent Posts
Go to Top